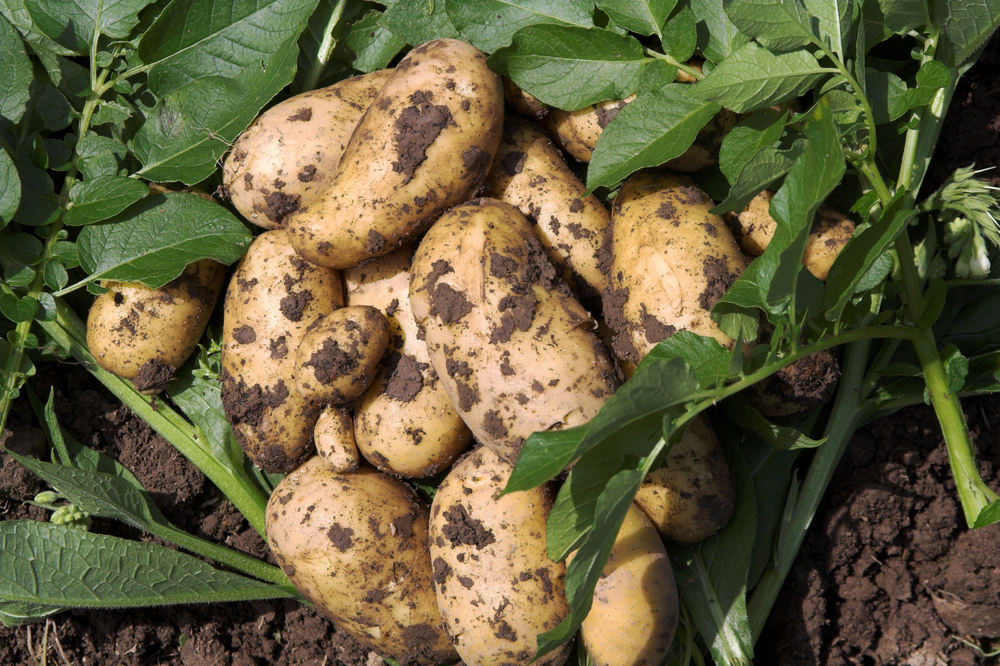 Potatoes are a British culinary staple. You can fry them, boil them, bake them - the list is endless, and there's not a thing that potatoes can't achieve. If you're new to growing your own vegetables, potatoes are a great place to start.

However, being a new gardener comes with its own list of trials and tribulations, and knowing exactly when to plant different varieties of potatoes can confuse the best of us.

When to Plant Early Potatoes

Early potatoes can be harvested sooner than other varieties, making them perfect for beginners. Often known as 'New Potatoes', this variety can be softer and easier to cook.

Plant early potatoes in late-March, after they've had time to grow shoots when stored indoors.

How to Plant Early Potatoes

Before planting, it's important to chit your potatoes. This means allowing them to grow shoots before planting. Each shoot should be around 3cm long.

To store, keep in a light and frost-free place. Place each tuber into an unused egg carton sprout side up to allow proper shoot growth. On new potatoes, rub off the weakest shoots - leave four per tuber.

The most common way to plant potatoes is to dig a trench 15cm deep, spaced 30cm apart and 60cm away from each row. Next, you can start to 'earth up' the tubers. Cover with a thin layer of soil and wait until the stems are around 10-15cm high and drag up to the stems, leaving a 15cm high ridge. As the shoot grows, continue the process until the ridge around 20-30cm tall.

Where to Plant Early Potatoes

You can plant your varieties in your vegetable patch or a grow bag. Although it's common to grow in vegetable patches, we're don't all have the same space. Grow bags are a perfect way to remedy this problem.

Grow bags are upright and deep containers, perfect for those who don't have an allotment or even a garden. To plant your potatoes, fill the bottom of the bag with 15cm of potting compost and pop the potato just below. Place one potato for every 30cm of diameter. Add compost as the shoots begin to grow until eventually, the grow bag is full. First early potatoes will be ready to harvest in June and July.